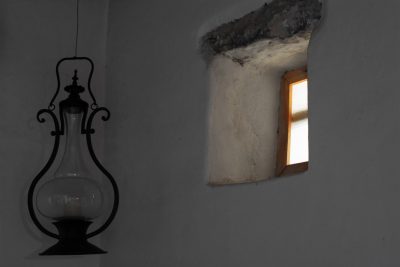 Two of the most common types of fungi that are commonly found growing in most homes are ‘mold’ and ‘mildew.’

While the two may appear to be extremely similar, they are actually quite different from each other in terms of many factors, such as their types, textures, effects, and growth, to name a few. Mildew is, after all, a kind of mold, so they will obviously have many similarities and some minor differences between each other. To help you distinguish mold from mildew, here are a few common differences between the two types of fungi.

The easiest and the most basic way to differentiate between two organisms is their appearance. Generally, mold has a green or black colored appearance while mildew adopts a more whitish or grayish look.

This type of fungus has a slimy and fuzzy appearance, and it often grows in irregularly shaped spots that are typically scattered across a surface. They can also grow in different colors such as brown, gray, yellow, green, or blue.

On the other hand, mildew appears more powdery and fluffier and tends to grow in a flat pattern. You can easily identify mildew due to its patches of yellow, white, and gray that appears in moist areas. However, over time, mildew can eventually transform into a deep brown or black color.

Another factor that distinguishes mold from mildew is the numerous types of each fungus that are most commonly found growing in homes and other places.

There are as many as 10,000 species of mold that can live indoors; however, there are majorly five types that fall under the category of ‘household molds.’

There are also many different species of mildew; however, two of them are the most common types.

Both mold and mildew produce different kinds of effects that require immediate action and care.

Mold is known to cause a number of health problems for anyone who comes into contact with mold spores. It also leads to serious structural damages and can affect the walls, carpets, flooring and numerous other objects and spaces inside your home. Some of its most serious health risks involve allergic reactions, respiratory problems, fatigue, painful and aching joints, and heart problems.

Although mildew is known to affect plants and crops, it can also easily grow inside your home and other indoor spaces. If you end up inhaling mildew spores, it can lead to numerous respiratory problems such as severe coughing, sore throat, difficulty in breathing, and headaches.

Both mold and mildew have the potential to be extremely dangerous, so it is essential to take immediate measures to prevent them from causing any kind of damage.