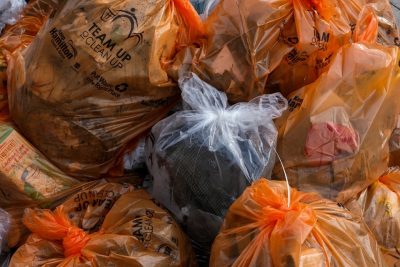 When it comes to property cleanup, it is essential to understand exactly what kinds of procedures are required to decontaminate the property. This is especially true for biohazard cleanup. So what is biohazard cleanup and why is it best to call professionals for it? Let’s find out.

What is Biohazard Cleanup?

Biohazard cleanup refers to cleaning up a property or space linked with instances of death. It takes a strong stomach to clean up any site where a tragic incident, such as suicide, homicide, unattended decomposition or a fatal accident, may have taken place. Usually, specialized equipment is required to clean up the scene. Furthermore, it is important to follow Health and Safety standards when it comes to disposing of the waste.

Biohazard cleanup generally involves getting rid of blood, bodily fluids, body tissues, any item saturated with biohazard materials and infectious agents from spores and bacteria. In short, biohazard cleanup is not pretty and cleaning up a place where tragedy has struck is not for everyone. Therefore, it is better to let the professionals handle the situation. Here are a few other reasons why trying to clear up the mess yourself is not a good idea.

Biohazard Cleanup to Disinfect the Scene

Biohazard cleanup requires more than a strong stomach. Even if you take all precautions, self-attempting a biohazard cleanup is still not a good idea. It is not as easy as you may have imagined!

Blood spilled on the carpet usually soaks in the floorboard. Even if you remove the carpet, it can be hard to get the blood out of wood. Furthermore, it can leave a lingering odor that is unpleasant and may act as a constant reminder of the tragic incident. It can also contaminate the environment and become a health hazard.

Thorough cleaning is required to decontaminate an area where a biohazard takes place. This is important because germs and bacteria from biohazard waste like blood and bodily fluids can not only lead to infections and various diseases but it can also stay in the environment for a long time if the waste is not properly disposed of.

For instance, the Hepatitis virus is known to survive up to two weeks in the blood after it is spilled. This can pose serious health threats to public health and the environment. The only way to avoid any other tragedy is to clean the area thoroughly and properly dispose of the waste, making sure it does not come in contact with anyone.

Biohazard waste can cause sewage backups and water intrusions. Such damages may introduce harmful microorganisms in the structure of the property. To prevent this from happening, it is important to remove containments, sewage, and moisture from the scene.

Keep in mind that it is not only crucial to call the biohazard cleanup experts but it is also time-sensitive, so call them immediately to avoid any further damage or loss.