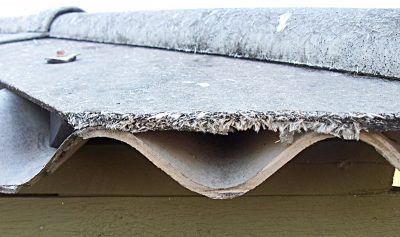 EE&G was retained by the Festival Plaza Mall to conduct final air clearance testing for the subject asbestos abatement project in Oakland Park, Florida. The project was comprised of the removal of all asbestos-containing material. After the asbestos was successfully removed a final inspection was conducted to make sure that the cleared area was then safe to be reoccupied. When dealing with asbestos removal and air clearing testing, the final inspection is believed to be the most important part of the process. The EE&G team focused on the following to make sure the area was safe for re-occupancy.

The asbestos air clearance is essential for commercial properties such as the Festival Plaza Mall, following municipality and local regulations. The clearance was conducted immediately after the asbestos removal. It was conducted before the abatement containment was taken down to make sure that the potential release of fibers in the air was prevented.

EE&G began the air clearance testing by collecting five different air samples in the work area with the help of high-volume air pumps that were able to draw air through 25 millimeters (mm) diameter. Once the total volume of 1200 liters of air was obtained, the collected air in the form of asbestos air cassette was placed onto the pump to begin the air sampling.

Air samples collected were analyzed in accordance with the National Institute of Occupational Safety and Health (NIOSH) using method 7400. The PCM analysis concluded that the fiber concentration for the air samples collected in this area was less than 0.005 f/cc. Therefore, the results obtained by the EE&G were found to be below the EPA standards. This means the results indicated a “pass” for the areas.

EE&G’ technicians regulated and enclosed the work area that was being abated. They utilized hand tools to pick and remove the asbestos-containing material and debris. The asbestos material collected was then placed into asbestos disposal waste bags, sealed, taken out through a waste decontamination unit, and finally stored in a specially labeled trailer or dumpster that was designed with a protective poly lining.