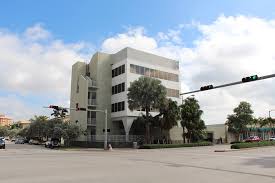 EE&G conducted final clearance air testing for the Consulate General of Peru. The asbestos removal project involved the removal of the approximately 850 square feet (SF) of asbestos-containing material (ACM) white “popcorn” ceiling texture on the west side of the floor. The technicians of EE&G collected air samples from the area for final clearance testing under strict observation. Later on, these samples were tested subsequently.

The asbestos air clearance is essential for government entities such as Consulado General del Peru. Final Air Sample Testing was conducted immediately after the asbestos removal. It was conducted before the abatement containment was taken down to make sure that the potential release of fibers in the air was prevented.

Asbestos included roofing and flooring of the building;  walls and ceilings.

All work was performed in accordance with the Federal, State, and local regulation and under the supervision of EE&G’s OSHA and EPA certified professionals.  As a Florida-licensed Asbestos Contractor, EE&G provided labor, materials, and equipment to remove and dispose of the ACM.